(From Sh*t Sandwich: Quick & Practical Success Lessons for Practically Anyone) 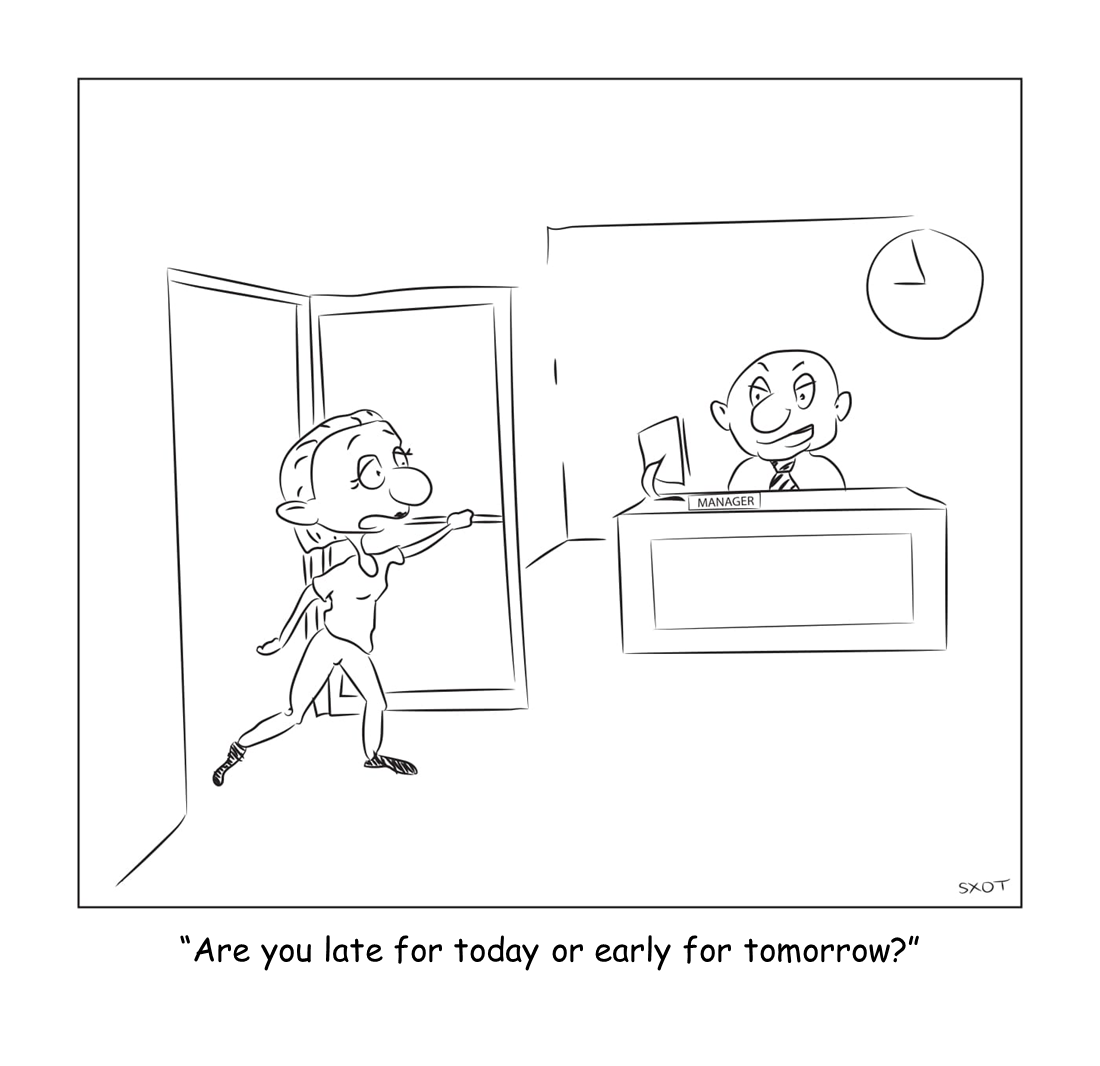 Packers’ Coach Vice Lombardi is famously quoted as saying that “If you are five minutes early, you are already ten minutes late.”

Of course, clocks were different 50+ years ago. The realities of the 1960s may startle some of you, but many humans actually wore their clocks on their wrists in Lombardi’s day. Additionally, the average vehicle was not equipped with a clock; and the clocks on the walls all showed a different time and they all used something called “the hour hand and the minute hand” to do so. It was madness.

Moreover, the public’s mobile phones, personal computers and microwave ovens had no digital time displays back then. It was almost as if everyone relied on hourglasses and sundials! You had to be early (by your clock) or there was a very good chance you were late (by someone else’s clock).

Certainly, the coach’s point was that being late was simply unacceptable. It was unacceptable then and it’s unacceptable now. If you want to grow and succeed in life and in your work, then it’s important to understand that even being on time in today’s society could be construed as being late. This is because you are always on someone else’s time. Moreover, when you are indeed late (or even just the last to arrive to a scheduled meeting) you are perceived (fairly or unfairly) as being one or more of the following:

Rude – You know you were late and you do not care, because you simply do not value the rest of the group’s time.

Inconsiderate – You know you were late, but you don’t understand that this shows little value for the rest of the group’s time.

Flighty – You didn’t realize you were late. In fact, you never realize when you’re late (which happens more for you than others); and you have no concept on how your tardiness wastes other people’s time.

Self-Important – You know you were late, but it could not be helped. Whatever it was that you were working on was vastly more important (as always) than the trivial matters the rest of the group gave up to be on time.

Disorganized – You planned to be on time (as usual), but the day just got away from you and you were late (as usual).

Asshole – You are an asshole.